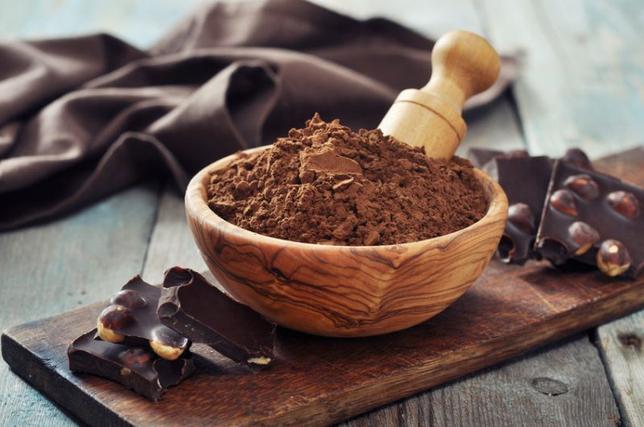 Undoubtedly, the hype about new alternative forms of everything which can make our coffee more sweet without leading to gaining more pounds, enlarging cellulite and causing diseases is on!

It’s obvious that regular sugar has it called the white death by the mavens, therefore, we should avoid its consumption or at least considerably cut down on eating it.

Luckily, there are many products that can be successfully used instead of the regular sugar. We know Xylitol, Stevia… recently, I’ve also discovered Carob, which is also known as Locust Bean Gum. For me, it became something way more than just sweetener. Despite being used to make my coffee sweet, I use it as an ingredient for my homemade cosmetics. Do you want to know why and how? 🙂

Carob has yet another laudable name which is Ceratonia Siliqua. The greatest number of Carob trees grow in Cyprus, which makes the plants the island’s main export goods. You can buy Carob in various forms: paste, syrup or powder. I usually buy powdered Carob because I can sweeten my coffee with it and add to my beloved white clay and apply to my face in a form of a mask.

What’s more, Carob can be add to milk because it resembles cacao both in looks and taste. It doesn’t contain caffeine and is exceptionally nourishing. Fans of natural sweets and desserts will definitely like Carob – just imagine these healthy coatings poured all over ice creams and cakes 😉

I use Carob in cosmetics, mainly. Since this substance contains an array of vitamins (all that belong to group B, and A, E and D) as well as elements as magnesium, calcium, iron and phosphor, carob poses the perfect additive to homemade cosmetics. What’s also worth mentioning, carob includes organic acids (butyric acid and isobutyric acid) as well as protein, fibre and pectin which pose a natural fibre volume fraction and influence the work of bowels, and this is what makes Carob sweet. Moreover, the elements are a natural bond that connects cells so, as it is not hard to guess, they help to preserve skin its youthful look and elasticity.

As mentioned above, I use Carob as a face mask, I mix it with a white clay and rose water until I get a dense mass, then I apply it to the face. Also, I like to use it as an ingredient to a hair mask. Once in a week I combine Carob with my favourite natural oil and I apply such a mixture to my scalp and hair. I recommend you to give a go to such a marvellous homemade cosmetics!

Mary, a girl in love with cosmetics – that’s me:) This blog is the outcome of long years of struggling with skin and hair related problems that I finally managed to deal with thanks to proper care. This blog describes my journey through the treatments and cosmetics I recommend.

Please leave your e-mail address if you liked my blog and want to receive notifications every time a new post is published.